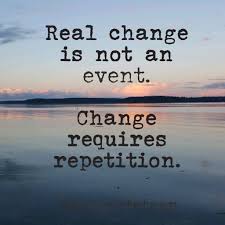 The session was held on January 13 at the foundation “Festa Major de Gracia”. The subject revolved around: “New Year & New Habits”.
Joan Pont, the “toastmaster” of the session, introduced the three new club members, as well as the structure of the session and the team of evaluators. Joan explained some new resolutions for the New Year, such as the importance of sleeping well, and he introduced the speakers of the session.
Martina Steffens was the general evaluator. She introduced the team, consisting of: ah-counter: Roberto Sbrolla; grammarian: Juan Luis Ozaez; and timekeeper: Sandra González.

In this session we had three speakers
First speech: Eva Ayet, with an excellent and attractive speech, entitled “Improving lives”. Eva explained the special relationship she had with her grandmother, to the point that they were going on vacation together. Her grandmother died when she was 11 years old and this fact changed Eva´s way of thinking. For this reason, Eva decided to study chemistry and currently she works in a pharmaceutical company to trying to investigate how to improve people’s life. She showed us a presentation on “drug discovery & development timeline”, project budget and other details. Eva focused the speech on “dicovery area” and how they study molecules, proteins and the construction of “pharmacokineties”, “principles of ADME (Absortion / Distribution / Metabolism / Excretion)”

Juan Carlos Durán evaluated the speech by commenting that the introduction, development and conclusion of the speech were explained very well. On the other hand, he commented that the speech contained too much information.

Second speech: Marcel Muntaner with the speech on “swipe” commented on the meaning of the concept and the new technologies such as the mobile phone and the applications that allow to be in contact with other people. New technologies require dedication of time and energy. Marcel has very good experiences with the new technologies.
o Scarlet Vazquez evaluated the speech and commented she liked the beginning of the speech, the smile etc. but she added Marcel was a bit nervous and it is not clear what was the main purpose of the speech ; Scarlet proposed to Marcel to repeat the speech again in another session considering the areas of improvement discussed.
Third speech: Víctor Piqué with his speech entitled “reverie”; He explained there are many people who buy very expensive cars and people who get very rich in a short time. On the other hand, he talked about electric cars and specifically “Tesla” cars showing an on-screen presentation with graphics on sales from January to June 2019, about insurance and its evolution depending on the month. Victor showed on the screen how the government of America points out that Tesla is a bad business because it loses money month by month. He also indicated the losses Tesla reaches each month and how many people lose money in this market.

Mario Mera evaluated the speech and congratulated Victor because his speech was very fluid, although he recommended that the information should be simplified further.
Raquel Vives presented the improvisation part explaining his new resolutions for the New Year: studying French and traveling to Ireland. Raquel presented the «table topics» that consisted of doing a political speech to improve the world and convince the audience to vote for them. The improvised speeches deal with: Brexit, animals in Australia and social inequalities.
Joan Pont finished the «table topics» section explaining the importance of repeating the tasks until the «habit» is achieved.
Jordi Magdaleno as «Sergeant at Arms» concluded the session and remembered the date for the next meeting.