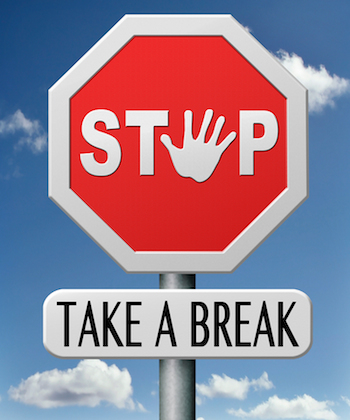 At some Pont in our lives everyone needs to have a break, to disconnect, to run away from routine and do something different. It could be something that challenges us, something that amuses us, or simply something that force us to do different things, so we can go back to our day by day full of energy.

And this was what inspired our Toastmaster of the day Wolfgang Harbauer to lead the session, taking the break he needed at least for one day.

Monday the 6th of July was a special day, it was the first session of the new committee and we had few minor challenges to overcome such us changing the usual meeting room and all the logistic implications it brings, but thanks to our competent Sargeant at arms, Maria Minguez, we managed to have a great session and in spite of the summer heat, the house was full!.

Giving his Ice Breaker speech, “An African Girl”, we had Susie Hunt, who took us to an exiting journey through her life from her childhood in different countries in Africa, milking cows and sharing games with a troop of monkeys, till today in her new hometownBarcelona. Susie told us (among other things) about how she developed her love for animals (all kinds, including humans!) that led her to her actual life as a Pet sitter.  Susie spoke in a very confident and funny way showing us her public speaking abilities. Congratulations Susie!.

Evaluating Susie, and doing it for the first time, was Alba Lucia Hincapié, who remarked Susie´s authenticity and well performance on stage.

Instead of a second speech we had a Debate on “Taking a Sabbatical year”, brilliantly led by the toastmaster Wolfgang and with to great participants, Joana Sanz and Cristina Cohí, who discussed their different points of view about the subject, to the delight of the public.

Once the energy of the room was high came the Table Topic Master of the night Dinara Kakenova, who presented a large set of “Having a break” scenarios which gave room to awesome impromptu speeches from members: Andrés, Maria, Sofia, Juan Carlos and guests: Vishal Melwani from India y Angel Jimenez.

Finally the general evaluator of the night Juan Carlos Durán and his team, Oriol Sancho and Robert Koba who made their debut as Ah-counter and time keeper respectively and Elena Semenchuck our fellow toastmaster friend from PRIDE TM Club as grammarian, gave us valuable tips and encourage members to respect its commitments to the club.

If you don’t want to regret it, do not miss our last session, on the 20th,  before summer holidays. It will be awesome!!