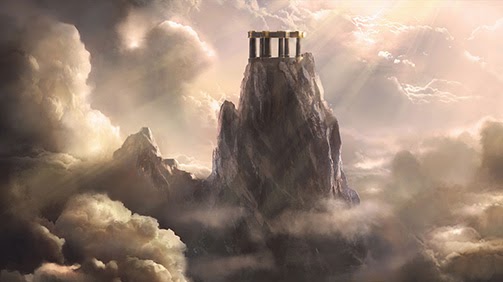 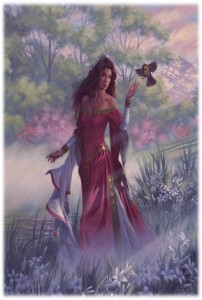 Mario Mera evaluated Susie’s speech. Mario identifies himself with Hermés, God of communication, and he showed in his evaluation his communication skills as the God he is inspired by. 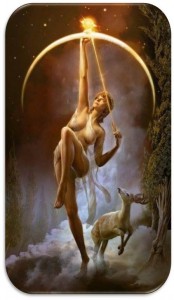 The second speaker of the night was Natalia Orpi, or also Artemisa Goddess, from Telefonica Toastmasters. Natalia also did her second speech, titled “Learning Styles”. She explained us that there are different ways to learn: visual learning, learning by hearing and another group of people who learn better by doing. Thanks Natalia, it was an interesting speck to discover tips in ourselves.

Alba Lucía Hincapié, or Athena, the Goddess of wisdom, courage, inspiration, civilization, law and justice, evaluated Natalia, giving her an interesting and constructive evaluation, and also advices to improve her speech. 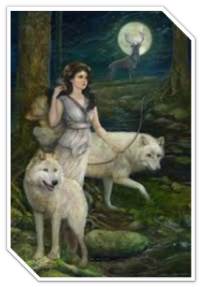 Mitka Petkova, or also the Goddess of the natural environment, Artemis, was the third speaker of the night, who presented her third project of the Competent Communicator, titled “How to defeat a bad habit”. Mitka, following Judson Brewer’s TED Talk, explained us the way to leave bad habits thanks to mindfulness, that’s being aware of the cause and effects of our own bad habits. Mitka great speech, ¡congratulations!

And we started the improvised part, the Table Topic session leaded by Sofia Seinfeld as Table Topic Master. The tree volunteers to do improvised speeches were Jordi Mollon, Andrés Vázquez and Robert Koba.

Obviously, in that session we also had the technical team, formed by Albert Cervelló as General Evaluator, Serrana Zorrilla as Timekeeper, Marc Culí as Grammarian and Angel Jiménez as Ah-Counter. 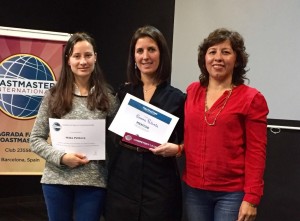 Finally, our President, Alba Lucía Hincapié, gave a ribbon to Mitka Petkova to achieve the third project of the Competent Communicator manual and also to Gemma Pallerola, who was Mitka’s mentor. Gemma, finished her Competent Leadership manual with that task, so she also received a ribbon for that. 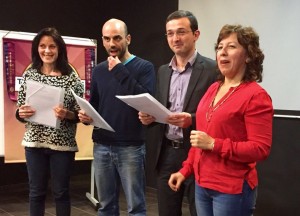 The President, Alba, also formally received the new members of the club: Tania Ramirez, Víctor Plesca and Pau Corral. ¡Welcome to your club!

I would like to finish mentioning a great sentence that Concepción, the Toastmaster, said in the session: “There is a potential hero and heroine in each and everyone of you, just listen to your inner God”.

Congratulations to all the participants for that great session.

¡See you in the next session!