This Sagrada Familia toastmasters session will be remembered for a long time as is one of the most special ever done. The toastmaster Susie Catrona made a big step for all toastmasters.

She had a mission. A difficult one I must say. She had to make an outer space session and launch our speakers to the ISS (International Space station)!

The challenge was big, but thanks to the help of our members we actually succeeded. We had everything a space mission needs. Astronauts to perform the mission from the space rocket to the ISS, ground control evaluating the mission at every moment and some scientist giving their opinion on space topics.

The session started with the general in chief of the mission, Susie Catrona. She roused the whole team to prepare them for the trip.

The astronauts were carefully selected as they needed important skills to accomplish their mission: leadership, communication skills and teamwork. Thanks to the hard training performed during previous sessions they have them all.

These requirements also apply to the support team who monitored the mission from the ground control and evaluated the astronaut speeches to help them to improve and make the most of the mission.

Joan Fabregat, the mission coordinator of the ground control team, presented his team to all future astronauts: Alex, the time keeper. He had the important task to perform time corrections due to velocity in the spaceship; Liselotte, the ah-counter. She controlled that the speakers don’t include some distracting sounds as when someone see a shootings star and say Aaah; Mercedes, the grammarian. She was on charge of the communications systems and checked correct use of the language to avoid disruptions on the communication flow in the spaceship channels. She introduced the word of the day “stellar” and wished stellar speeches to our brave astronauts.

The time for the first astronaut arrived. Lola Giralt stepped firmly on the stage to perform the launch. She was chosen to enroll to the astronaut program in 2016 and since then she was  preparing to go to the outer space. Mars is her favorite planet as she thinks it will be the next home of humanity.

In her speech she talked about the millennials and how they tend to be criticized by their previous generations, how they have to live with the lie of “study hard and get what you want»  and how they can overcome all the difficulties. She is one of them and she overcame the difficulties by starting her own company. Maybe she is not the first woman in space, but  maybe the first businesswoman. All members are proud of her!

After this launch, the flight controller, Joan Pont, gave his report on how went the launch just performed and gave some support to encourage Lola to improve.

The second speaker was the team survival specialist Yulia Melnyk. Her knowledge would help the astronaut team in dangerous situations. Her definition of space is anything that surround us, so she is prepared at every moment and the team can count on her without hesitation.

She presented us some dangerous situations she has been on her speech “My best dangerous friend”. You might think it could be an alien encounter, but all the clues she gave was pointing that her “friend” was her car in rainy days. Since some betrayal of her friend, she decided to not drive while raining. Thankfully in space doesn’t rain and she will be able to drive the space shuttle to its destination without any problem.
The air controller, Sara Tendero was assigned to evaluate the work of Yulia. Sara gave some improvement tips to the astronaut and explained that she was happy to work in the ground control as she thinks that she doesn’t want to go to space as David Bowie say in one of his songs.
The last astronaut, is the only man in the shuttle and surprisingly he prefers to be on Earth. He is Juan Escobar. With an impressive thousand hours of jet airplane driving and his ability to speak Russian, who would not want to have him in the team?

He showed to the astronauts the importance of sleeping 8 hours a day pointing out the problems of not doing it but also showing the benefits of doing so. I’m sure that after this fantastic presentation all attendants will do it.

The person assigned to evaluate Juan was Alba Lucia Hincapie, the medical doctor of the ground control team. She is interested in how the space can interact with the human body and she praised the speech as she was an expert on the topic and pointed out some points to improve for Juan.
To continue with this interesting session, Eucleia Ferreira -the ground control chief technician- was called to the stage to present table topics. She started a fascinating debate about topics that normally people makes about the space. She invited prominent figures in the field of space, and ask them about: what are the possibilities of the existence of other universes, what are the possibilities of the existence of other lifeforms like us or what lies in the bottom of a black hole.

After this, the mission coordinator team delivered the mission report and concluded it as a
stellar success.

Finally, Rebeca Calderon made a special request to volunteer for a great mission to the red planet. In the next session, March 19, will be celebrated a Toastmasters contest to decide the participants to the area contest division. All people is encouraged to participate. And if this is not enough, for you, don’t worry space cadet. There will be an extra session on 26 of march!

We had a great journey and many more are to come. Enlist today for the next session and become the new astronauts of the future! Our VPE Alba Lucia Incapie will clarify you any doubt you might have and with the help of other members will make you feel at home at the session. 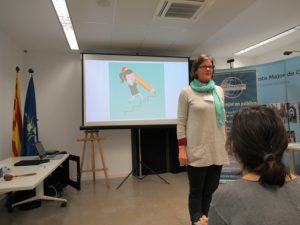 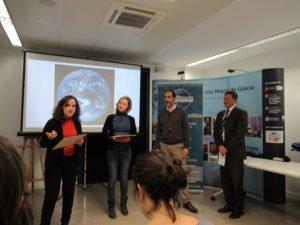 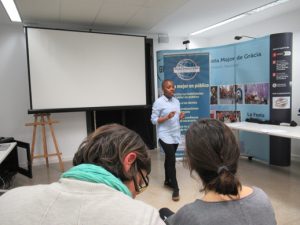 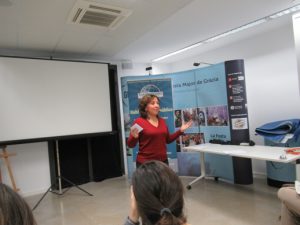