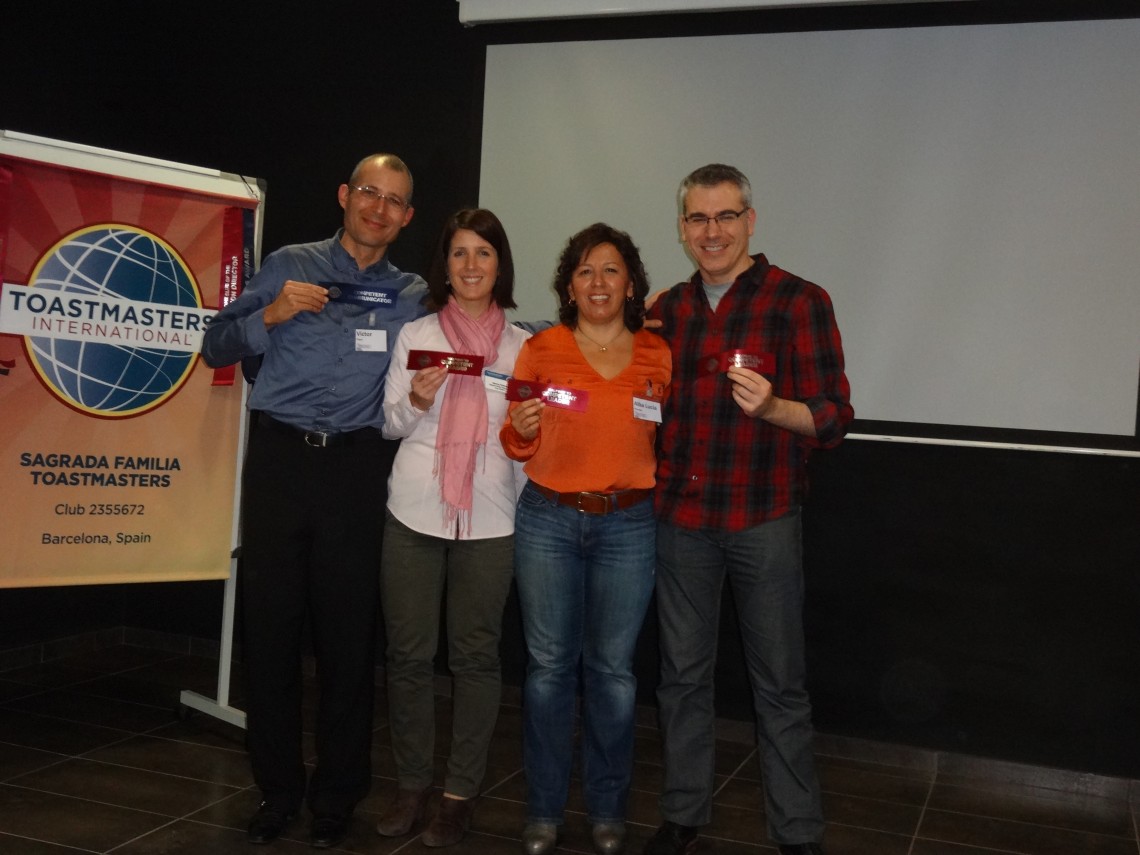 Last 11th January we had the first session of 2016. It was a great session around  the theme “To learn public speaking” leaded by Mario Mera as Toastmaster.

The first speaker of the night was Alba Lucía Hincapié, who just landed from her holidays. She performed her fifth project named “Esprit de Corps”. Alba explained us a great story that happened to her when she was diving. Sometimes, having a good team can save your life.

Alba’s speech was evaluated by Cristina Cohí, who gave her constructive advices to improve her speech.

Paul Conde evaluated the second speech, who did a great and positive evaluation. Thanks Paul!

And we started the Table Topic session, leaded by Robert Koba as Table Topic Master. There were three volunteers who did a great improvised speeches based on Robert’s suggestions: Jordi Mollon, Serrana Zorrilla and Andrea Garcia.

Obviously, in that session we also had the technical team, formed by Tanja Bach as General Evaluator, Joan Pont as Timekeeper, Gemma Pallerola as Grammarian and Albert Cervelló as Ah-Counter.

Next session will be tomorrow (Monday 18th ). See you there!